Tissues, please. « If you’ve ever really loved me, say it like you’re going to come back to me. »

This episode is the final chapter of the Great Intelligence plot arc. 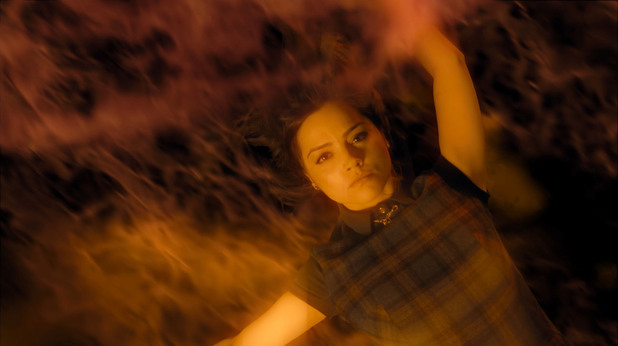 This Great Intelligence (a mind without a body) impersonates the character of Dr Simeon, played by Richard E. Grant ‘who himself played the Doctor for Comic Relief in 1999). It kidnaps Madame Vastra, her wife Jenny, and butler Strax, and leads them to the Fields of Tranzalore, said to be the place the Doctor must never be.

After a conference call with Vastra, Jenny, Strax and River Song, whom she has never encountered before, Clara meets the Doctor again and tells him about that Tranzalore place. Under certain distress, he decides to go, although it is dangerous, as Tranzalore is the place he is buried.

Upon seeing the corpse of the TARDIS in the graveyard, they also find a secret entrance to the tomb, faking River‘s grave, although she died in the Library. Clara keeps seeing her, as they are mentally linked since the conference call. 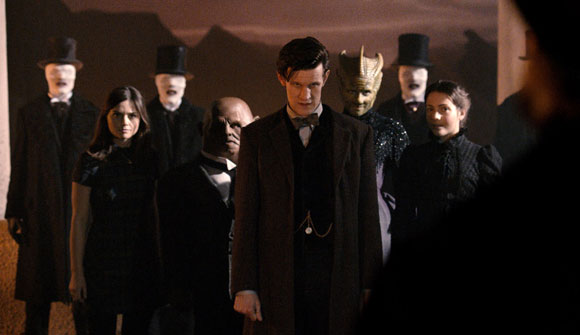 In the tomb, Simeon, his Whisper Men and the Doctor‘s companions find his time stream, like a maze of tears through time and space. Simeon goes into it, intending to kill the Doctor at every point in his history.

Clara, upon understanding why she has met the Doctor so many times without remembering it, jumps into the stream, saving him at every point in his history, even pushing him to choose his TARDIS over another when he stole it. 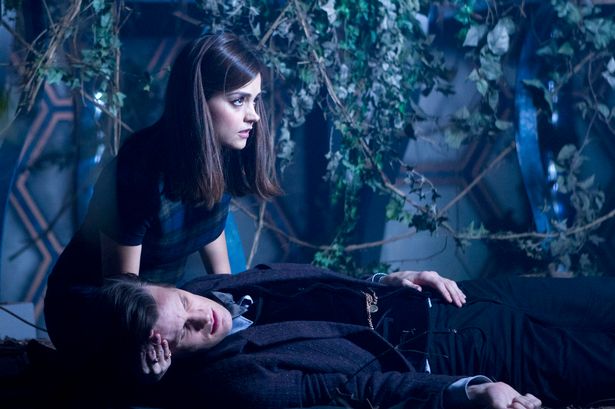 Each incarnation apart from the Sixth, Eigth and Ninth Doctors are seen.

When the Doctor seizes to be in pain, he intends to jump into his own paradox to save Clara, despite its danger for the whole universe.

River, thinking he can’t see or hear her, tries as she can to stop him, and he reveals he can see and touch her. Because she is his wife, she lives on in his heart.

The two share a tearing goodbye, River revealing one last time he might see her again, and the Doctor jumps in to save his assistant.

When he finds her, a figure stands near, a figure Clara hasn’t seen, though it is the Doctor. The Eleventh tells her it is an incarnation that has not been born yet, the one who will not go by the name of Doctor, because his acts will define him as something else, the Vineyard.

As they leave the scene, the figure turns around, revealing the Twelfth Doctor‘s face.

Moffster, I hate you. From now on and to the end of my days, I will loathe you.

You killed my River, you son of a -. You killed her, and you made her kiss Eleven, and say goodbye, and HOLY SHIT I’M CRYING! 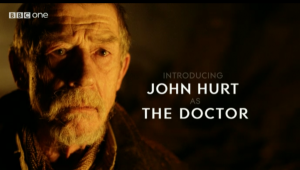 If you did that, I’m going to fangirl every second of my existence.

You can’t even begin to imagine how much I love that man.

If you did that, I’m going to kill you.

I love Kilghie. I miss Kilghie. And you give him back to me, as a Doctor.

For River, for Twelve. I hate you.